The basic schematic came from one of Merlin Blencowe’s designs. I liked it because it was simple and I saw it got good reviews from others who have tried it.
I did a little tweaking to some values, mostly to just get the levels right but now it works great and is nice and quiet.

I’ve added a simple passive loop (in and out jacks) to a couple amps such as this SLO type amp and it’s just like have the effect loop in the amp. It’s a bunch of wires to get it all hooked up but that’s OK.

My daughter did the awesome paint job. 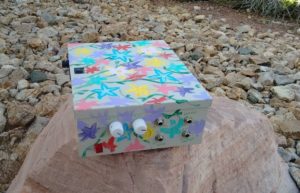 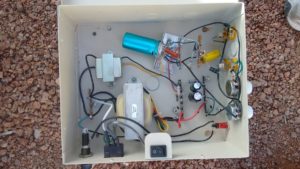 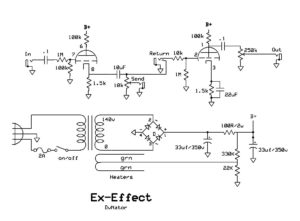